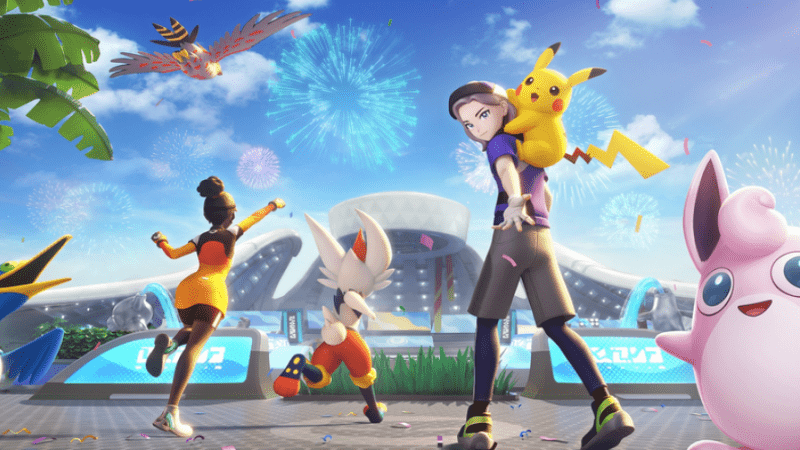 Pokémon Unite is already one of the hottest titles in the franchise. With the upcoming update, though, it can become even more playable and deliver some new possibilities. This follows from the discoveries made by dataminers who carefully examined the files of the game and found the evidence of what Nintendo prepares for the players.

The most important news about Pokémon Unite is possible introduction of playable wild Pokémon. You will have to capture them first, though, and then they get under your control. At least one new quick match map, Mer Stadium, is seemingly being prepared for testing the new ability, and then it may appear on others as well.

Probably the wild Pokémon you can have will not be as powerful as ones from your roster. Yet they will have their own abilities, according to the media published on Twitter by ElChicoEvea on May 4. Given that the Pokémon universe is known to use diversity as one of its main attractions, these new fighters in your team will be a welcome addition. Two can play this game, though: your opponents will be just as eager to expand their crew as you.

As for roster Pokémon, there will be two more soon, according to the dataminer named sobbleunitedtm who shared this information on Twitter on the same day. One of them will be Espeon, a Psychic-type Pokémon introduced in Generation II, another being Delphox, a Fire/Psychic type species, available since Generation VI. For Pokémon Unite, though, they are both new, adding even more variations to possible teams.

The findings have not been confirmed by the publisher, though. But it’s clear that sooner or later (rather sooner) they will make it to the game. Are you already anticipating the newcomers? And how do you expect to hunt wild Pokémon to engage them in your crew? Share your hopes and expectations with us in the comment section!